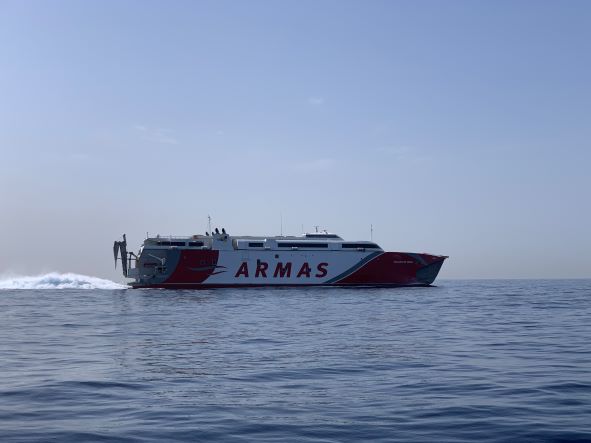 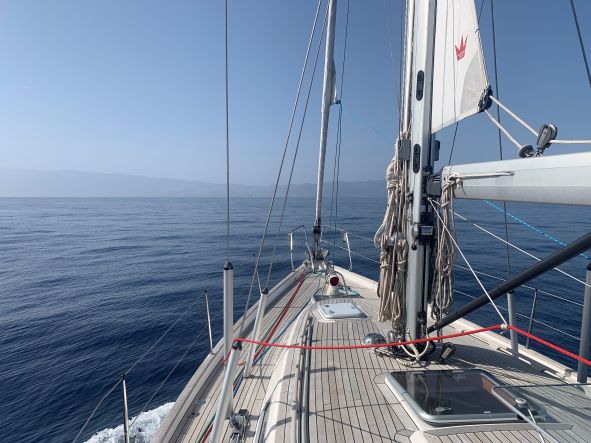 The wind died not in line with the weather forecast but so be it. Apart from the fast speed ferries between the two major cities on these islands, there was one fishing boat and that’s it.

One of my trials during this trip was also to attach small tiny little photos to the logblog entries to make them more fashionable. It all depends on the Pactor connnection you can catch at a certain time from a certain location but in principal it works. There is a limitation of 180kb per mail in order not to jam the frequencies.

Tenerife is now coming up in the mist, another 8 nautical miles ahead of us and I better stop now and take sharp lookup to prepare for landfall.

Jutta and Willi from SY Leonie are expecting me as per my ETA announced.