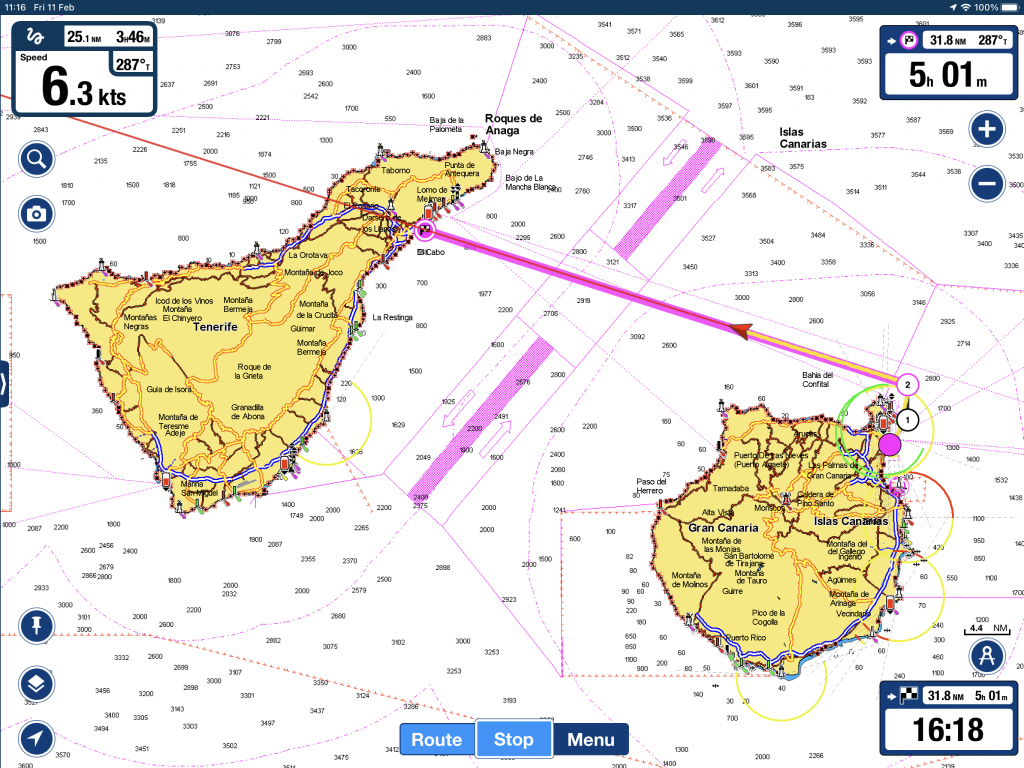 We are approaching the TSS between Gran Canaria and Tenerife. Not much traffic though and in about 4 hours we should reach our destination for the day. The weather is beautiful, some wind for motorsail but no jet effect so far. These jet effects, also called acceleration zones, are famous for 30kn winds out of nothing. You can first see them coming on the water surface before they hit you shortly after. At least these are sailor´s fairytailes spreading around but I cannot judge from own experience. For sure they exists. We have got changing conditions between 3 to 15kn wind, mainly from SE direction but it shall change after lunch to a more nothern direction. The ocean is taking some long breath today. 2.5m wave height at a period of more than 15 seconds. This long atlantic swell is fantastic. Sometimes you feel like sitting on a rooftop bar watching down into big dales.

A lot of HAM activities during the passage. Obviously I did another test on the equipment and the result was very positive. I believe the additional counterpoise put in place together with Lothar/EA8DES has a positive impact on the overall installation. I could talk to Uwe/DF5AM, fellow sailor Ralf/DM3RH/mm from SY malwieder, Uwe/DD1HUR/mm on his boat in Torreveija, etc.

Together with Lothar I am also exploring the HF Chat Funktion, which can be very usefull providing reliable connnections under difficult atmospheric conditions. It is basically a SMS Chat for HAM boys and girls but works via HF worldwide not depending on any telco sim card or wifi network.

Time for another cup of tea now.