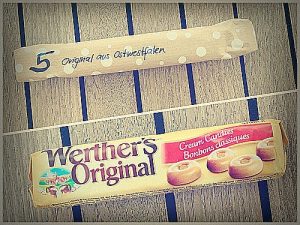 It was a good day! After my morning tea at sunrise, I was hungry and cooked one of my own one pan recipes falling into the category “Vitalis Pan”. The incredients go by nutrients, so heaps of vegetables, some minced meat, no rice, pasta or potatoes. In other terms, this one became a blend of an Indian Keema and a Middle East Shakshuka but I skipped the egg.
Talking to Jan – as usual twice a day – we elaborated around the sailing configurations and the updated weather forecasts. It has not really changed since we left and for me important is that the managable conditions will stay until our arrival in Mindelo. As we are loosing 25nm per day at the moment, being 1-1.5kn slower than calculated, it is important to know the conditions for a later arrival. I sense that we will catch up in the second half of this journey as the lady get`s more excited as soon as the true wind passes the 15kn borderline, especially at backwinds on the stern at 165° TWA. I sense that we will do better than calculated in the second half of the journey but I would not put a bet on that either. Why shall I?
Besides that Cornelia and Rainer from SY Geronimo are following every step we take through a daily mail, which is very much appreciated. We are a totally different breed of sailors but sharing the same love for the ocean and its nature and thus communicating in the same emotional language. With the permission of Rainer, I will later-on add a snapshot here from a conversation we had on 5th November, when Rainer posted a photo at around 2am in the morning, while racing his lovely X42C through the Kalmarsund towards Gothenborg/Sweden. It was the final leg for him on SY Geronimo together with the new owner, who missed the best part of the night – lying high and dry in the bunk. Both of us concluded simultanously: He (the new owner) is missing the best part!
Afterwards I had a wonderful shower at the time the sun was strong enough to abstain from the towel. Well, air-dried from the sun and fresh as we were then, back to my berth. My resting concept is 24/7, no difference if day or night. 30min on the alarm countdown is max sleeping time. Trying to get as many of these units as possible or as required until I feel rested and relaxed. This worked quite well on the way to the Azores and with a bit of discipline seems to be the best approach for me. It can result in cooking for breakfast. So be it.
In the afternoon, I checked a couple of things on the Raymarine System and enjoyed a coffee in the cockpit over a piece of stollen from Edeka, which I bought in San Sebastian de La Gomera (!) before calling Susan on the Iridium to hear her voice.
We are now into the night following our rhumb line at 4-5kn speed over ground.
Fair winds…
PS: Present #5 from Elke and Ulli makes this day and night even sweeter. Thank you!